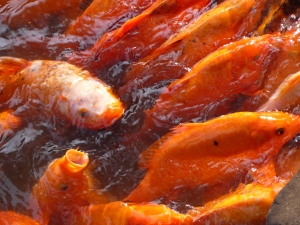 “On What There Is“, a brain-twisting piece by philosopher Willard Quine (1948), opines that when we say something doesn’t exist – for example Pegasus – this is not necessarily true.  This is because Pegasus must exist in some manner for us to even be able to take sides on its existential dilemma, poor thing.  That is, the material, breathing, hoof & wing Pegasus is not akin to the idea-Pegasus in our minds – and it this latter which offers us a common ground, an agreed semantic framework for discourse whose existence cannot be denied (that’s right, Pegasus will not be denied! Neigh!).

Quine happily explores the particulars of this ontological – or perhaps more appropriately semantic – puzzle by assuming various approaches to correctly expressing Pegasus’s material quandary.  For example, instead of saying Pegasus doesn’t exist, we could instead say: “Pegasus does not have the specialized attribute of actuality”.  Or, more succinctly, “Pegasus is an unactualized possible”. And by so doing, we multiply the number of potential Pegasi available to us all in the name of philosophical precision.  This “slum of the possibles” as Quine so puts it, is quite the breeding ground for disorderly elements, as it means a litany of existence-caveats would litter every avenue of discourse.

Going even further along his merry way, Quine indicates yet another approach may involve treating the noun Pegasus as a derivative, and instead have this be identified as “the thing that is-Pegasus” or even “the thing that pegasizes”.  Even Pegasus had to snort somewhat at the latter with its french conjugation overtones, as it’s a matter of time before nous pegasons is understood to mean collective flights of philosophical fancy.

P.S. This ontological ride has some origins in the Sophist, where Plato introduces the idea that what “is not” – in some sense – still “is”.  To wit, Quine nicknames this ontological puzzle Plato’s Beard, seeing as it’s been dulling Occam’s razor for centuries.

2 thoughts on “Plato’s Beard and the Pegasus-Idea”