The semi-documentary film Jim & Andy poses some intriguing thoughts on the nature of identity and how this is constructed by each of us over time.

J&A is about what went on behind the making of the Man in the Moon, a movie about Andy Kaufman, played by Jim Carrey.  The twist is that when he was making Man in the Moon, Jim Carry pretended he was possessed by Andy Kaufman both on and off the set much to the chagrin, discomfort and plain annoyance of folks that just wanted to get the movie done. This led to a lot of tomfoolery and major prankage as one could imagine – Jim C seemed like he had the time of this life, others not so much.

So here we have a documentary about actor who is (1) playing an actor in a movie and (2) pretending to be the latter actor in real life. Meanwhile, (3) the actor is also (3) acting his public persona. Here is how I see it: 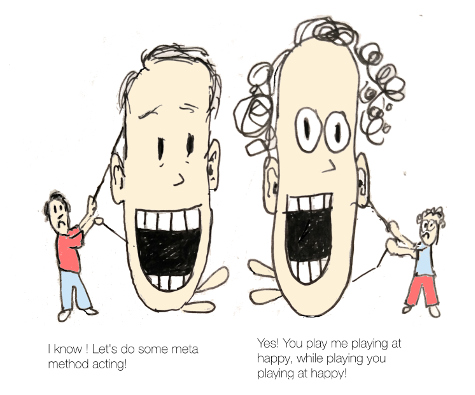 Carrey proves himself a surprisingly thoughtful and and intriguing interviewee, interspersed in between odd takes of him on set becoming Andy Kaufman. These layers of identity, and of assuming identity, provoke uncomfortable thoughts as to one’s own origin story, and subsequent accretion of personality. It seems Carrey has done some considerable thinking about how descriptors like religion, nation, gender, race, etc. are identity-constructs, and perhaps worthy of further examination. Take nationality for example, which is a fundamental axiom for most, but technically assigned by where lines have been arbitrary drawn on a map…

Carrey seems distant and far away now, having denounced or disassociated all the anchors that tethered him to his old identity, yet finding himself still standing, a contemplative man in the moon. 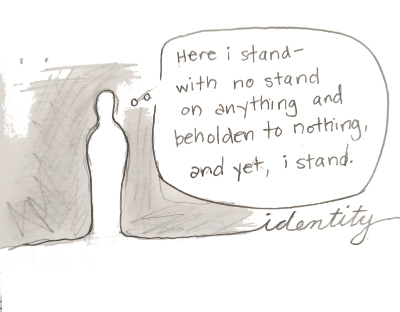