This piece was published in the Camus issue of Philosophy Now.

Bonus for S&F followers!  The Easter Egg in the strip (where easter egg refers to the gamer term for a hidden message or joke) is that the song they are singing at the end is the refrain for.. click here to find out!  🙂 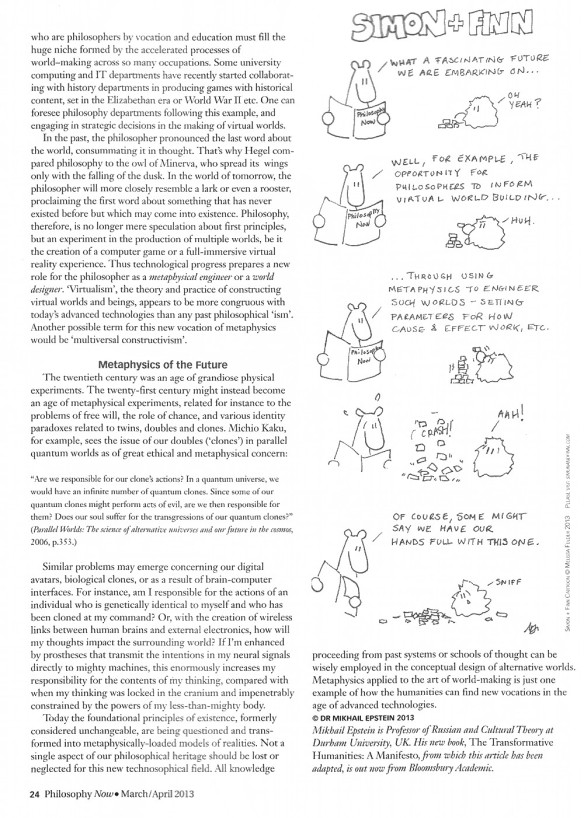 Don't even mention a point to this guy

There are some that say that in average, everyday situations man takes his existence for granted – he does not question it because “it is unproblematic and as tasteless as the ever present saliva in our mouths”.  That is to say in the course of an average, take-out-the -recycling-and-pay-the-bills, day of life the real heart and plume of our existence is largely unexamined (i.e., it’s a bit tricky to be deep, all the time).

However, in extreme situations the whole trend of our consciousness changes.  As per Stern (1967), it is in those extreme situations that we call crisis that man asks himself the ultimate questions of the meaning, the essence, and the value of human existence.  The birth of existentialism for example occurred during the ebb and flow of two world wars, when crisis existed on an unprecedented global level – now, if that isn’t inwardly directed inquiry I’m not sure what it is! 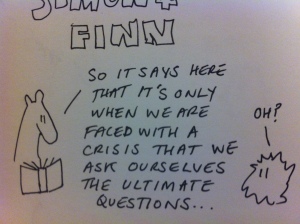 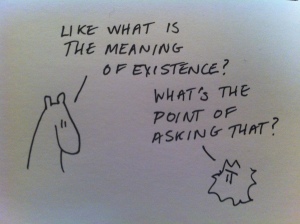 In his essay What is Literature, Sartre theorizes that literature and other art is a social phenomena, in that an author writes for the reader and needs the reader for a complete performance of his or her work.  As per Stern (1967), “all the words of a book could be read one by one and still the meaning of the work would not emerge, were it not that the reader’s mind gives it meaning”.

Sartre calls this a ‘re-invention’ saying that “it is the conjoint effort of author and reader which brings upon the scene that concrete and imaginary object which is the work of the mind.”  Therefore..  There is no art except for and by others.. 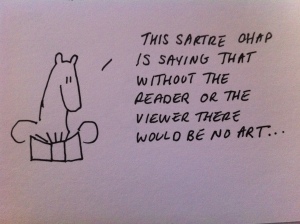 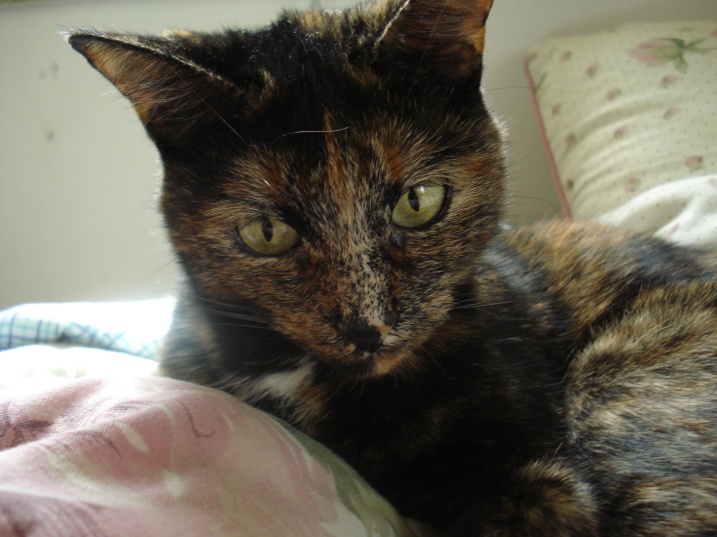 Translated:  “A disposable life is a greater negation of itself than death”

In this sense, Ortega (like Sartre) argues that we have a “moral necessity to commitment to a definite project”, that is, our actions define who we are and it’s not so much the action that counts as the commitment to it.

Such philosophy also considers all commitments to be morally equivalent, so long as action is taken.  Huh… Does anyone else see a problem with that?